All Collections
Analysis of your Qvest
Understanding the Qvest Output page

Written by Niels Søholm
Updated over a week ago

By simply participating in a Qvest, employees are empowered, engaged and are given the opportunity to inquire about and discuss what is important to them within a certain topic. Not only does the participation in a Qvest create insights, the data generated at the completion of Qvest is where value truly lies.

As soon as a Qvest ends, all the participants receive an email with a link to the Qvest output page. The participants then get access to 3 different data visualizations.

Here's an example of a Qvest output page. 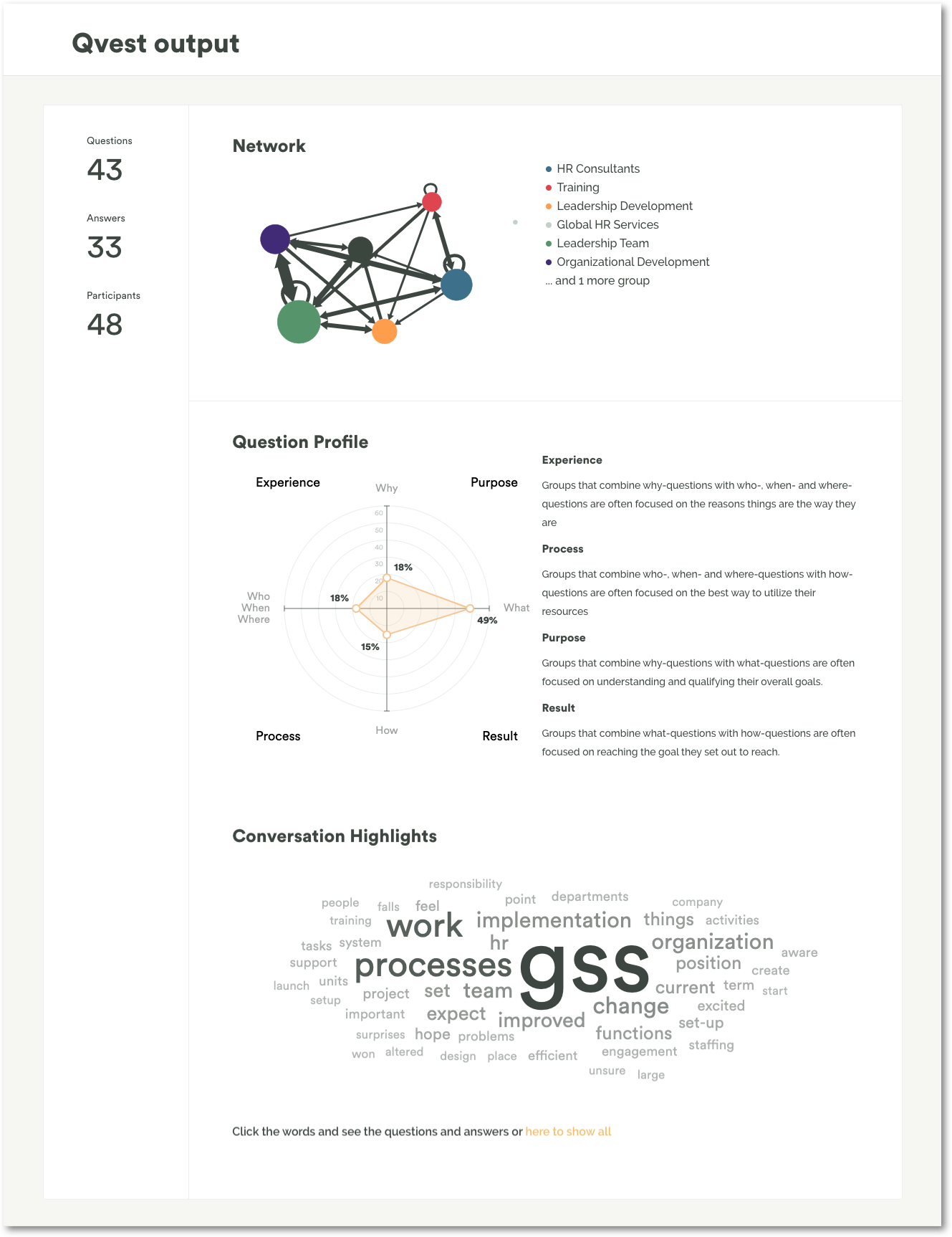 The first data visualization you'll see is the Qvest Network showing how the groups (e.g. departments or regions) distributed the questions among them.

What does this mean and why is it helpful? Let’s create a scenario for the sake of explanation. Let’s say the topic is: Restructuring after acquisition. If HR’s node in the Qvest Network is large (illustrating that they received many questions), it could mean that the participants are most curious about HR’s take on the topic and likely believe that most of the knowledge about this particular topic rests with them.

If several questions are asked between, say, HR and IT, it could be that they have the most confusion or problems to solve between those two departments. If participants within the IT group are asking each other a lot of questions, it could be that communication is unclear within the department. Most importantly, the Qvest Network ignores hierarchy and demonstrates the informal nature of communication and knowledge flow within an organization.

The second data visualization is the Question Profile. 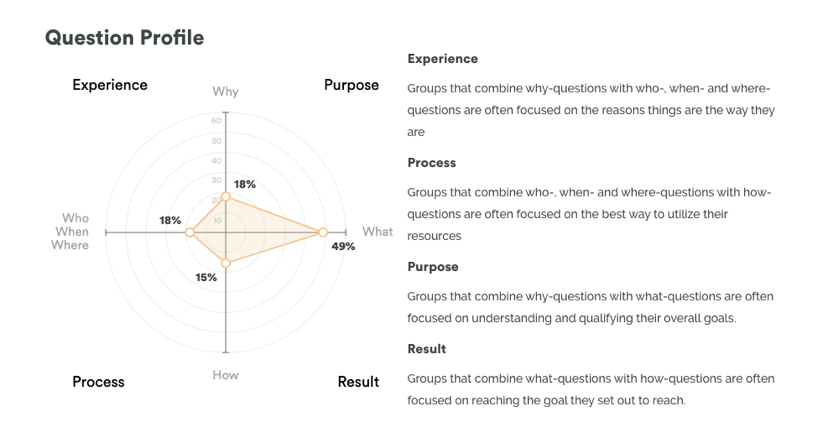 The Question Profile is a chart that shows you the distribution of questions based on the type of questions asked. This is an important chart as you will be able to identify potential blindspots and see where and how the participants focus when they exchange questions about the Qvest topic.

The Question Profile has four focus-sections.

This section is important because it will allow you to understand whether your participants are focused on: the reasons things are the way they are, the best way to utilize their resources, understanding and qualifying their overall goals, or reaching the goal they set out to reach. By discovering the current focus of your participants, the way forward becomes clearer.

The third and last data visualization you'll see is the Conversation Highlights. 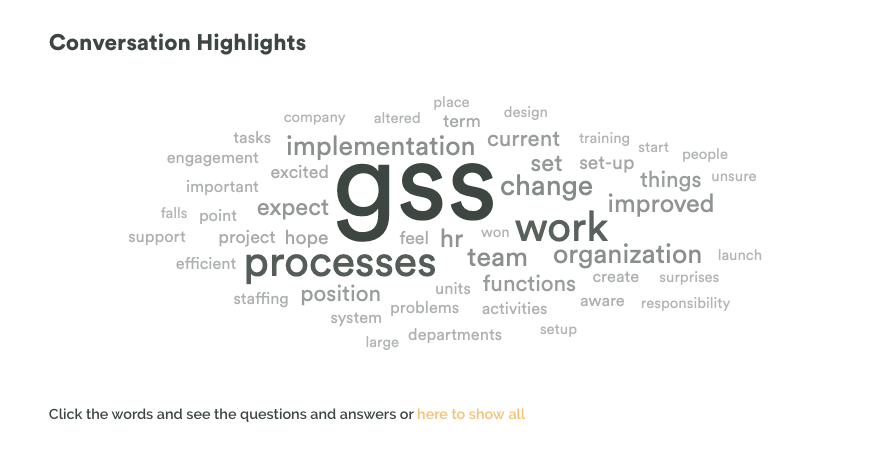 This section is important because not only does it allow you to read through every question and answer obtained from the Qvest, it provides a clear and visual representation of what is on the top of the participant's minds.

Did this answer your question?